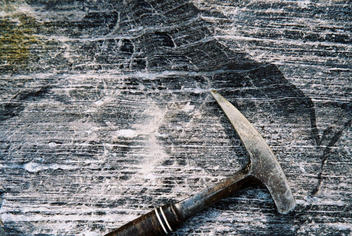 Fiordland is a block comprised mostly of gneiss, a rock that has metamorphosed from other rock types, notably granite and diorite . These rocks, some of the oldest in New Zealand, date from the Ordovician period, more than 400 million years ago.

Fiordland was scored by glaciations during the last ice age, between 75,000 and 15,000 years ago. That created the coastal fiords and the inland lakes, from Te Anau south to Hakapōua. Mt Tūtoko, north of Milford Sound, is the region’s highest summit at 2,746 metres. Most of the peaks further south are between 1,400 and 2,200 metres.


The soil of plains of the south have a mostly a colour yellow-brown, the product of river deposits, with the most recent soils in the lower valleys of the Mataura and Ōreti rivers.

Fiordland soils are podzolised gley and organic soils, but large areas on the summits of the ranges are alpine bare rock, scree and ice.
Powered by